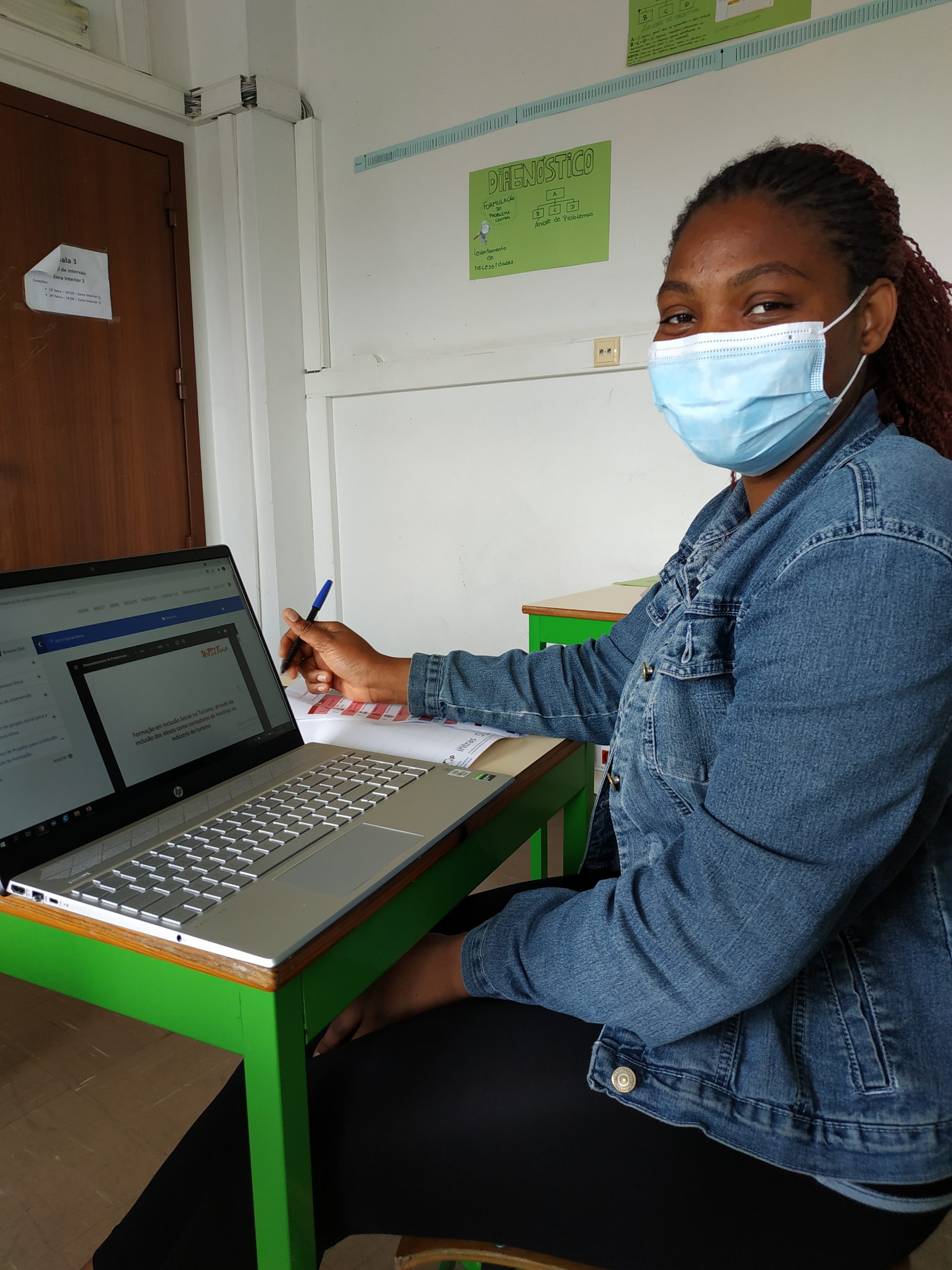 In Portugal, the piloting of the TSITour platform started during the first week of May 2021 for both Escola Profissional de Cortegaça and Escola Profissional de Espinho. The selected students were introduced to the project, the module, and the training platform which aims to be for future professionals in the field of social inclusion of vulnerable groups.

During the first week of training, students had the opportunity to explore the online platform and the available resources, and initiated the training modules and activities. The feedback was positive from the beginning and the pupils’ commitment to the project was something highly valued by the project staff.

While testing the online platform, students also helped the consortium by determining the strengths of the content and design and the aspects that still needed improvement. The exchange of knowledge and experiences enriched the activities. Also, the fact that the students already had solid knowledge in the area of social support was very important for the smooth running of the sessions.

By June, the pilot test of the training platform came to an end for the five participating students and it was now time to move on to the implementation phase. This hand-on approach took place and was supported by the institutions where these students carried out their internships. Thanks to their generosity, pupils were finally able to implement their projects.

We were very fortunate to count with the participation of social institutions such as MACUR, Santa Casa da Misericórdia de Espinho, Centro Social de Paramos and Centro Comunitário de Esmoriz, how helped us considerably in putting all the conveyed theoretical ideas into practice. A thankful word also goes to the tourism organizations / services that were also on board – Câmara Municipal de Espinho, Câmara Municipal de Santa Maria da Feira, Câmara Municipal de Ovar, e RivieraTur. Their involvement allowed the Portuguese partners to implement the project together with their students and test its viability in a real-life context situation. Their contribution was very positive and we would like to express of gratitude for the established partnerships!

In Portugal, we carried out eight pilot testing sessions together with the elders. Here are some examples of our activities:

On June 22nd, we got to know the history of the Minhoto Saint of Rio Meão, Município de Santa Maria da Feira. Our guide was Mr. António Ferreira, from MACUR, accompanied by Mrs. Maria Adelaide, the only living relative of the Saint. For many of the tourists that were present, this was a good opportunity to get to know a relatively unknown monument next to the Rio Meão Cemetery. The tourism office of the Municipality of Santa Maria da Feira accompanied the session and witnessed the importance of storytelling for local tourism.

On June 25th, we went to Silvalde, Espinho, to learn about the legend of the Seven-Headed Worm! We counted with the participation of Ms Adosinda from CENTRO SOCIAL DE PARAMOS, who told us the story that today gives the name to the square where this initiative took place. We had some people there to hear it, and this allowed us to better understand its relationship with the local monuments. The tourism office of the Município de Espinho was also present and represented by Dr Anabela Ribeiro.

Also, during that day, we discovered more about the importance of cooperage in Esmoriz!  Our guide was Mrs Marfisa from CENTRO SOCIAL DE PARAMOS who told us, first hand, how the cooperage industry was once very important for the local economy. Having herself worked in her father’s workshop, also a cooper, she has many adventures and details to share with tourists! We are very happy to see that there is a great willingness and interest in contributing to telling local stories.

The participants’ feedback was very positive and, therefore, we would like to thank them all for their availability and collaboration!

This experience was a valuable one for both the Portuguese partners and students! TSITour pilot-testing activities were successful and represented an important opportunity to improve our project’s outcomes. Students involvement allowed us to comprehend their difficulties and assess the relevance of each module and developed resources. The implementation part of the piloting gave us an idea of how elderly storytelling could be articulated and arranged in order to promote local tourism. In addition, it was possible to testify the positive impact that these activities can have and how this can improve and be substantially beneficial for elderly integration and valorisation. Finally, the pilot test represented the project’s first step for creating a voluntary pool, one of TSITour’s most important outcomes.